We are (2S)-2-(9H-fluoren-9-ylmethoxycarbonylamino)-4-phenylbutanoic acid CAS:132684-59-4 manufacturer and supplier in China, Pls send inquiry of to info@nbinno.com of visit www.nbinno.com our official website should you have any interests

Packing:25 kg/drum, can also be packaged according to customer requirements
Storage:Store at 2-8ºC.Keep the container tightly closed, put it in a tight dispenser, and store in a cool, dry place.
Application:pharmaceutical intermediates. 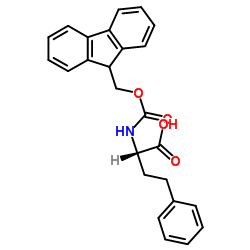